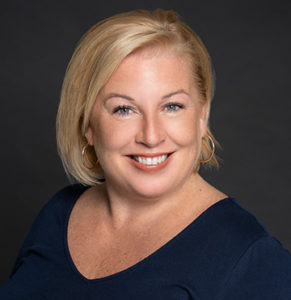 “I’ve known Maureen since her days at Wells Communications and have followed her rock star career ever since,” stated Jeff Burgess, BCDVideo President, and CEO. “To have her onboard at BCDVideo is such a major win for the company and having her based in New York ices a cake that needed no icing.”

In 2018, Maureen joined the inaugural steering committee for Security Industry Association’s (SIA) Woman in Security Forum. This group advocates for advancement and building confidence in the workplace through mentorship and sponsorship programs, recruiting efforts for next-generation female professionals and leaders, initiating an ongoing dialogue between male and female leaders, and identifying platforms that can provide positive visibility for women.

“BCDVideo and I began our story together in 2008 when I was an integrator and Jeff helped me sell their servers. When I pivoted my career to manufacturing, BCDVideo sold my product,” adds Ms. Carlo. “Through these 10 years, we’ve watched each other flourish in the physical security industry, and I’ve admired watching BCDVideo mentor the next generation of security professionals, which our industry craves. Now, our story evolves—and I think we’re going to have some fun in the process!