In the News, News, Partner and Product

The Dawn of a New Era in Small Project Video Recording 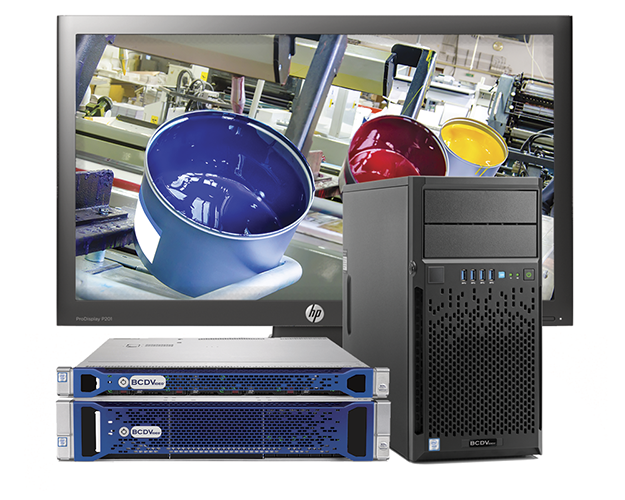 “It’s really all about treating every site as mission critical. That’s the mentality to which we have always built our servers, and that’s the same mentality we share regarding the escalated support for our products” says Tom Larson.

Northbrook, IL – January 29, 2016 – BCDVideo, the manufacturer for industry-leading video surveillance hardware, announced the latest innovation to their server storage line: the Aurora Server Series. Taken from the Latin term for “dawn,” they mark the dawn of a new era in DVR replacement video recording systems.

Traditionally, systems for the small project market were built based on hitting a particular price point, with performance as an after-thought. These new systems were built to fill a void in that small project market: economically-priced, enterprise-featured video recording systems. The Aurora systems alter the landscape on video recorders – in both price and performance.

In today’s world, any surveillance video should be considered critical data. The potential liability in not having event-based video footage it should be considered crucial, regardless of the number of cameras. The Aurora series is different than any on the market. These systems are built specifically for the under 50-camera marketplace, but with system throughput of over 400Mbps, they possess the bandwidth capabilities to easily scale to 100 cameras. They also bring features never before seen in small-budget projects such as redundant power, 12Gb/s RAID controller with 2GB of Flash Based Write Cache, hot-pluggable hard drives, and server-grade CPU’s with 10000 PassMark® rating. The Aurora Series delivers big-project features while maintaining the price points required for the small-project market.

“No one should have to settle for ‘just another box’. The market is already pretty cluttered with those. The days of sacrificing important features such as redundancy and true drive protection for price are over.” said Jeff Burgess, BCDVideo president. “Superior technological advantages have finally come to the under-50 high-megapixel, long retention camera video recorder market. We know, because we just delivered it.”

A key element within these video recorders is BCDVideo’s use of HGST helium drives which feature an unprecedented reliability rating of 2.5M MTBF. These unique surveillance hard drives feature superior random write capabilities, which accounts for 90-95% of the hard drive’s usage in a surveillance solution. The drives used for the Aurora Series are the same drives being utilized in high-availability NAS and SAN systems. Success in adapting this technology to the budget-friendly space was a crucial piece of the product development.

“The 6TB and 8TB helium hard drives are an exciting upgrade. These drives double the performance of the 24×7 drive, which doubled the PC drive. Desktop drives are still standard equipment in so many systems which, I have to admit, is a bit mind-boggling,” offers Tom Larson, BCDVideo’s Director of Sales and Engineering. “We wanted to engineer this series with many of the features found in our Nova Series. It was challenging for us to bring new technology in to produce the best video storage server and deliver it into a market that buys primarily on price. We definitely succeeded.”

The benefits of these drives extend beyond performance. The patented helium drives are hermetically-sealed. This keeps air and other contaminants out of the drive, making them perfect for harsh or ambient environments. The helium inside the drives also reduces disk vibration and flutter, allowing even greater reliability. They even offer better power efficiency, averaging 23% lower operating power than traditional drives, resulting in lower power and cooling costs. Yet, that energy and costs savings do not impede the performance-boosting media cache technology. The drive utilizes a portion of its own DRAM as a persistent cache, resulting in greater random access speeds, optimized workloads, and high throughput.

The Aurora Series consists of tower and rack-mount units which range from 6TB to 120TB of total storage, with RAID5/6 protection and includes a worldwide, five-year, on-site, next business day warranty.

“It’s really all about treating every site as mission critical,” says Larson. “That’s the mentality to which we have always built our servers, and that’s the same mentality we share regarding the escalated support for our products. These days, shouldn’t all captured video be treated as mission critical? Regardless if the site is a retail store with four cameras or a school district with 1,000 of them? We believe it should because no doubt it’s critical to you.”