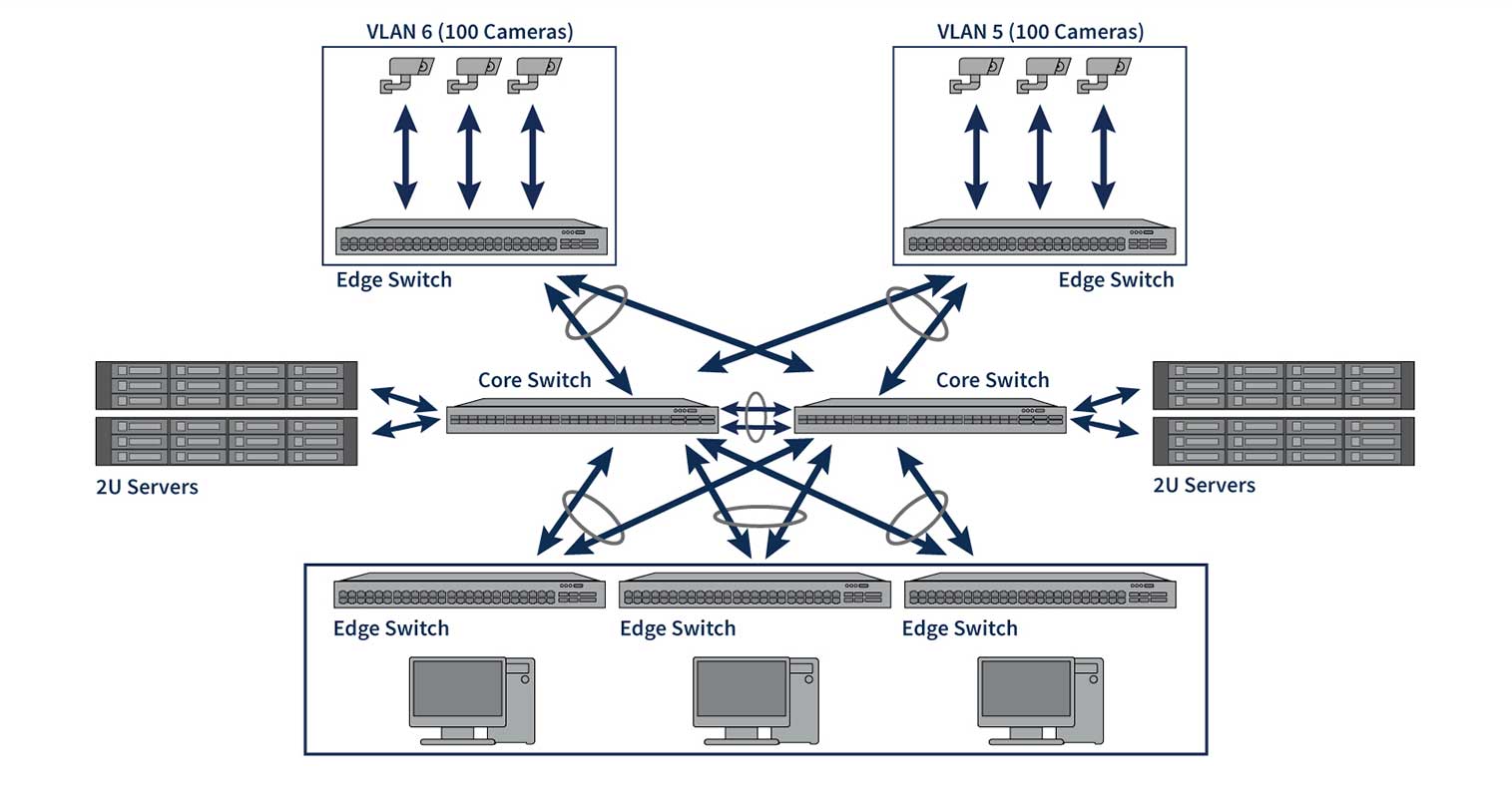 Designing an IP video surveillance network can be a complex task, with many issues that can occur when the network backbone supporting it is not built correctly. Performance and functionality of the system are often at the forefront of networking problems observed in the video surveillance industry, frequently relating back to the network architecture used.

Imagine a standard meeting room with ten people in it, all having conversations with each other. While communication would be possible, it wouldn’t be efficient. Now imagine putting one-hundred people in that room – it would make even basic conversation impossible. That is what building a large network without Virtual Local Area Networks (VLANs) is the equivalent to.

Segmenting a network into VLANs is one of the most effective ways to prevent performance degradation as the network scales, in addition to adding fault tolerance and resiliency. A VLAN, in short, is a subsection of the overall network that is carved out for a specific range of devices. This provides dedicated network space for these network devices to operate and transmit data, preventing cross chatter between IP cameras, which allows for increased stability and reliability on the VMS end of the network.

When designing a network, the camera density and the expected growth of the network are critical questions to answer. For smaller networks below 80 cameras, with little to no expected growth might be able to use a single VLAN, whereas anything above would benefit greatly from network segmentation.

When there is a high density of cameras or expected expansions, it is best practice to employ Layer 3 network protocols, which allow you to segment your network. When you segment your network, you provide increased stability to your VMS, allowing for less dropped frames, faster response times, and overall better performance when viewing video data.

In addition to the performance benefits, you significantly increase the resiliency and fault tolerance of your network. When all IP cameras are held within one VLAN, should a device fail, or a loop is created, the entire network may go into a failed state until that single device is repaired. An outage like this would cause video data to completely stop being transmitted.