The Role Of Storage In Video Surveillance Applications 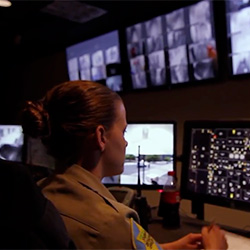 One example is the Maricopa County (Ariz.) Sheriff’s Office, which is nationally recognized for its zero tolerance toward crime and unwavering focus on innovation in law enforcement, detention and support services. As the nation’s third largest Sheriff’s Office, Maricopa County averages between 7,500 and 10,000 inmates in its jail system, which comprises state-of-the-art facilities considered to be among the most secure and technologically advanced in the country. The new system sought to address challenges that included an aging legacy video surveillance system that was unreliable and couldn’t accommodate growing site requirements. Producing footage from a tape-based archive was slow, error-prone and difficult. Persistent performance problems hampered the county’s ability to keep pace with data-intensive workflows.

Another illustration of the power of video storage can be seen at the San Francisco 49ers’ new Levi Stadium, which has 52 COLDSTORE network-attached storage (NAS) devices totaling over 3 petabytes. The Veracity system was provided with an up-front savings of several million dollars versus the storage system initially considered. There is also a yearly savings of $100,000 in power, with a total power use of 2,600 watts. Use of consumer-grade hard drives provides almost 50 percent in savings when compared to enterprise drives. The system also requires less physical rack space. The system provides 30 days of video retention, and the average cost per terabyte is well below $200.

Seagate Technology points to the use of advanced surveillance drives within production lines and an application example. The data recorded is used to find and correct inefficiencies, developing business and generating productivity.

According to Seagate, compliance requirements mean data must be retained for longer periods in certain industries; therefore, drives keep getting bigger. With governments such as Qatar implementing minimum requires on how long data must be stored, companies are looking for the most efficient and cost-effective way to meet those requirements. Depending on the organization’s requirements, cloud storage could well be the answer.

Recently, a global integrator brought video storage provider BCDVideo into a project that they had inherited. This project consisted of an existing population of approximately 300-megapixel cameras and required retention of 45 days. The end customer had already purchased a “name brand IP video storage solution,” but the solution had continuous failures and had become a liability. “The customer needed to move quickly to find a solution that could be installed immediately, could cover the existing storage needs,” says Jeff Burgess, President, and CEO, BCDVideo. “They also wanted the scalability to accept additional cameras in the future, and the ability to add this storage on the fly without disengaging the system.”

According to Seagate, compliance requirements mean data must be retained for longer periods in certain industries; therefore, drives keep getting bigger

“In working jointly with the integrator, we were made aware that the customer was concerned about the downtime in any switchover scenario as they are a 24/7 operation,” Burgess adds. “This prevented any off-hours downtime to perform the cutover.” For this particular setup, BCDVideo’s engineers felt that centralized SAN storage architecture was the best suited and most cost-effective solution for this customer. BCDVideo built and fully-configured the servers and SAN at the BCDVideo Lab. When the equipment got to the site, the integrator only had to rack the equipment and power it up. The system was immediately ready for the cameras to be cut over. “On average, each camera was only down approximately 20 to 30 seconds during cutover, and the customer was extremely pleased,” recalls Burgess. “This all occurred within 15 days from the time of order.”

“It’s been an interesting past couple of years,” comments Burgess. “Two years ago, our average size video server was 8 terabytes. Today, our average size server is 38 terabytes, based on the 3,400 video recorders we shipped in 2014. This increase is attributed to the rise in resolution, frame rates, and also camera quantity.” Burgess says he cloud today is still limited to low-camera-count deployments. Most recently, he is seeing the cloud used as secondary storage. “If anything, Cloud and Near Line Storage are best used to replace tape for archival storage. Nothing can truly replace on-premise storage for, at the least, the first few months’ retention. Otherwise you risk losing recording of the video should you lose Internet connectivity.”

BCDVideo’s enterprise recording platform offers the highest video ingestion in the market, according to Burgess. Genetec recently certified the BCD380 platform to support up to 500 cameras and/or 500Mb/s in continuous recording, and still provide an additional 200Mb/s dedicated for video redirection. Future products, to be released, will be able to ingest two to three times that performance. In addition, BCDVideo has just released a new “intelligent” series of recorders, turning the video recorder into a mission control center. This is accomplished by managing all active components on the network, such as cameras, client viewing stations, and network switches right down to the port level. The system will send alerts through BCDVideo’sSMARTcontrol command center. There will be versions infused within the alerts found within certain VMS packages, such as Genetec’s Security Center.

See the original article at sourcesecuirty.com