As part of the SDM State of the Market series, SDM has great conversations with 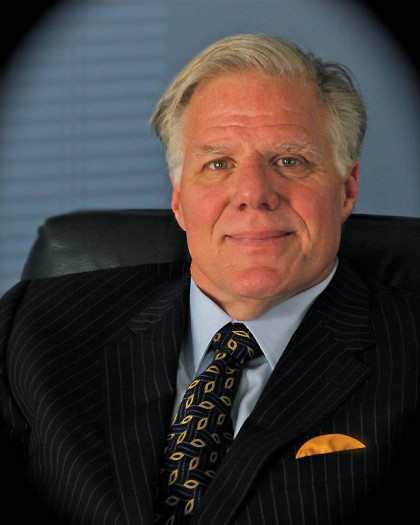 Sadly, we just don’t have the space to share all their information. This interview with Jeff Burgess, president, BCDVideo, Northbrook, Ill., is an extension of the comments that were used in this year’s article, “State of the Market: Video Surveillance.”

SDM: Looking ahead, how would you describe the “State of the Market” for video surveillance systems and services in 2014? What will make 2014 different from 2013?

Burgess: Camera technology and price points have had a ripple effect on storage. Merely a year ago, 720P was the hot resolution. Now most projects we see have 2MP or 5MP resolution cameras. Add to that the VMS releasing 64-bit software, and you have eliminated the system limitations of 32-bit applications. The calendar year 2013 had quite a bit of shake out in the storage market. The niche storage companies that had their way years back are either gone or now have their investors calling the shots. Many of the security integrators are standardizing to more robust name-brand solutions and basing storage solutions on a three to five-year retained cost, not just an upfront price. The push to higher megapixel cameras with longer retentions and the effect on bandwidth are forcing the integrator to better define the performance solutions as opposed to a system of max and match parts merely built to meet a spec.

SDM:  How were your company’s sales of video surveillance systems and services in 2013 compared with 2012 — both in dollar volume and number of sales? How do you anticipate 2014 video sales to be? What changed?

Burgess: Our security storage sales revenue had a 30 percent increase over 2012, which was already 23 percent higher than in 2011. As more integrators — both national and local — standardized to our platform, the numbers naturally grew. This includes a number of A&E firms writing RFQ’s around our builds. Based on new fourth quarter 2013 relationships in North and South America, as well as EMEA, we are forecasting another 50 percent growth in 2014.

Burgess: Government spending was predominant in 2013, for government agencies or stimulus funding.  Toward the fall of 2013, we saw an uptake in retail and commercial spend. These will continue to be growing markets in 2014. School security, sadly for all the wrong reasons, continues to expand. Casinos should be a big market as they begin to replace their analog cameras. However, in many cases, our market is “vertical agnostic” and we will see continued migration from analog to IP, as well as corporate liability prevention, which is placing greater emphasis on longer retention.

SDM: Are there any technologies that are helping to boost video surveillance sales or changing the market in any way?

Burgess: The demand for larger numbers of high megapixel cameras and their impact on data ingestion/bandwidth are forcing storage manufacturers to a greater adherence to quality and more importantly, longevity. We have also seen customers steer away from using virtualization on the recording servers. Thanks to larger hard drive capabilities, any pretense of cost savings over multiple recording servers have been diminished on a pure price point. In many cases, it costs LESS to have three servers than the one virtualized recording system, including the cost of the rack space (people, power, and pipe). In addition, many of the included feature sets such as failover are moot considering the Tier 1 VMS manufacturers have failover already built into their software. Why pay for something twice? Virtualization does have merit in access control, visitor management, and other non-recording environments. The release of Microsoft Windows Server 2012 Replica has certainly made virtualized and failover servers that much more affordable.

SDM: What technologies are you specifically choosing to focus on in 2014 and why?

Burgess:  We are working with a number of camera and VMS companies in an OEM capacity, building units specific to the nuances of their particular technology. These manufacturers are looking to bring a stable hosting environment for their customers, and realize the overall effect that reliability brings to the customer satisfaction associated with their brand. Their collective markets are competitive enough without having issues with a recording device being underperforming, unreliable, or not fully warranted. By taking control of the builds, they take control of unassociated support costs on their internal organization as well, which helps with dealing with matters unrelated to their product line.